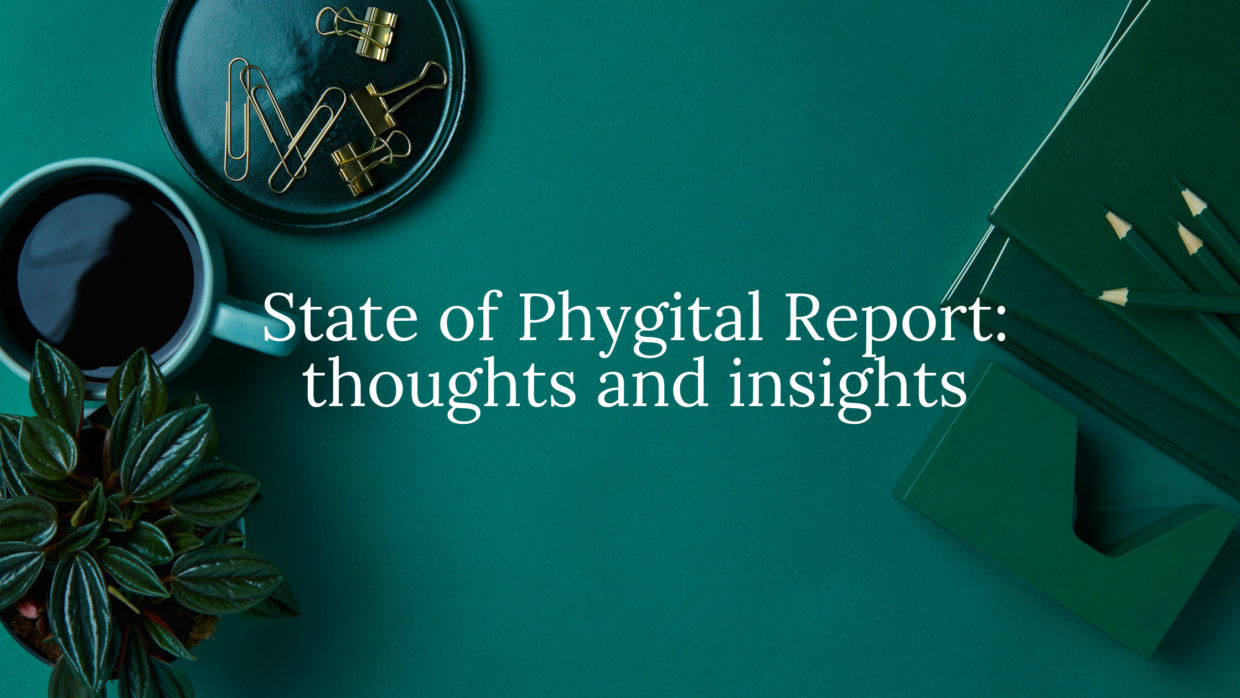 During latest Christmas holidays I read State of Phygital Report that covers definition of “phygital”, use-cases and analysis of impact on existing industries and verticals. Below are some my thoughts around it.

I guess, many of us wait for more AR/VR features in our smartphones and consumer electronics. In fact, there are already dozens of features and apps are available today. So, what is the next step? The authors of the report believe that is is a Phygital revolution.

We see Phygital as the philosophy of a new world order, where Phygital essentially enables the close integration of the virtual environment (digital) into real human life (physical).

The report gives analysis of key industries and what is preventing their growth. The most astonishing fact for me was that:

At the same time Information Technology sector was growing 2.5x times faster than global GDP over the last 15 years. There is no other sector of economy where technological advancement was so fast as well (we could become better space engineers, but we became better software developers instead):

However, the digital economy accountable for less than 10% of total economy and rapid increase to 50% is expected in next 15-25 years. I think it is a logical conclusion just looking on the growth of digital native companies.

The authors of the report believe that after digitalization of humanity will be done in the next 10 years, we will see “phygitalizaion”:

4.8 billion people around the world use the internet( 60 of population), with 330 million new users added over the past 12 months(that’s 990,000 new users each day!)
If this trend continues, we will have 100% of the world population using the Internet in just over 10 years. What will happen then? The digital economy will start cannibalizing itself unless it expands offline.

The most interesting part of the report is about various “phygital” use-cases and estimated financial impact of their implementation for existing mostly offline industries. In the end, authors give prediction for the next couple of years:

I will circle back in one year from now and check what predictions came true.

Overall, the report is an interesting overview of AR/VR market trends. Highly recommend to have a look.